“I acknowledged my sin to You, and my iniquity I have not hidden. I said, ‘I will confess my transgressions to the Lord,’ And You forgave the iniquity of my sin.” Psalms 32:5

That’s such a great question! One that I have often pondered many times before. Repentance used to be taught alot in the churches that I grew up in. But, I’m afraid to say, that the strangest thing has been happening over the years as I have been maturing in my own faith walk with God. I am noticing that we are actually hearing less and less about sin and repentance being taught from the church’s pulpit’s anymore. That saddens me greatly, for we need to hear teachings about it all the more, now that our society is becoming less Christian (godly) and more focused on self and things of the world. We’ve become complacent to our sin. Dare I say that we’ve even grown to like our sin. We’ve come to accept it as a part of our lives, therefore, its okay to do wrong (sin) in the sight of our God. So, what happened to the idea of repentance? Well, I don’t think it crosses our minds too much any more.

It crossed mine this morning as I listened to a sermon by William Graham, who was the guest speaker at Shadow Mountain Church in San Diego, California. And yes, that IS the grandson of the well-known, well-loved evangelist, Billy Graham. He asked that question – What’s happened to repentance? He too believes that it is missing from our churches of today. Early on, in the sermon, he forwarned those listening that they would be given opportunity to respond in some way. Wow, that kind of makes you sit up and listen harder, huh? It did me. I prayed and asked God to open hearts and lead the people to respond to the prompting of the Holy Spirit (and God later on answered that prayer as I witnessed quite a few people going forward in church to confess their sins and begin a renewed relationship with their God!) But I wasn’t prepared for the work God wanted to do in MY own heart this morning. Yep, the Holy Spirit was a working on me too! I will admit that I was convicted and yes, even challenged – I was greatly challenged! I had to ask myself this question: Kathy, what’s happened to repentance in your life?

William Graham used 2 Samuel 12:1-15 as his sermon text. It’s the story of David after his sin of adultery against Bathsheba, after he had killed her husband Uriah to cover up his sin, after he refused to acknowledge his sin before others. After all that, David was confronted by Nathan, the prophet of God, who not only brought David’s sin to light, but shared with him the words of the Lord, which ultimately brought forgiveness and healing. In this sermon, six points were made that helped me look at repentance a little differently.

So, what happened to repentance? It might have been hiding for a while from our lives. But it’s right there. Within you. Within me. I personally believe that we, as Christians, have hidden it long enough. It’s time to bring repentance back. It’s time to say we are sorry to those we have sinned against. It’s time we all got on our knees before our God and pray this prayer of David: “I acknowledge my sin to You, And my iniquity I have not hidden, I said, ‘I will confess my transgressions to the Lord.’ (Psalms 32:5) This morning, I stayed on my knees until I KNEW God had answered my prayer of repentance.

“And YOU forgave the iniquity of my sin.” Oh, Praise you dear God! When we bring repentance back, we will know true forgiveness and restored relationship once again. In that moment, God showers us with His love, mercy and grace! We will know that we are a forgiven people! And this is good! So good! So freeing! So refreshing!

“Blessed is he whose transgression is forgiven, whose sin is covered.” (Psalms 32:1) I can tell you honestly, God drew me, once again, to Himself through the sermon I listened to by His servant, William Graham. I brought repentance out of hiding today! And it was a very good thing!

What’s happened to your repentance? Are you hiding it? May I encourage you to consider this; Bring it out. Give it to God. Let Him show you His love, mercy, grace and forgiveness. Allow Him to show you a different picture of you. Receive His restoration today. Be blessed by the God who is seeking after you. He’s knocking right now on your heart’s door. How will you respond?

Thank you for visiting my site today! It has been an absolute delight to have you visit my blog site. Thanks for taking the time to read what is written from my heart. Please feel free to "like" any of the posts you have read, leave an encouraging comment, sign up to be a follower or "contact" us with a private message to the writer. I trust you have enjoyed what you read today, and I hope you will come back again soon!

The Archives – What’s Already Been Written! 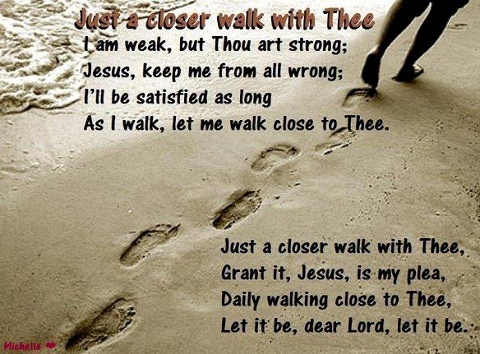